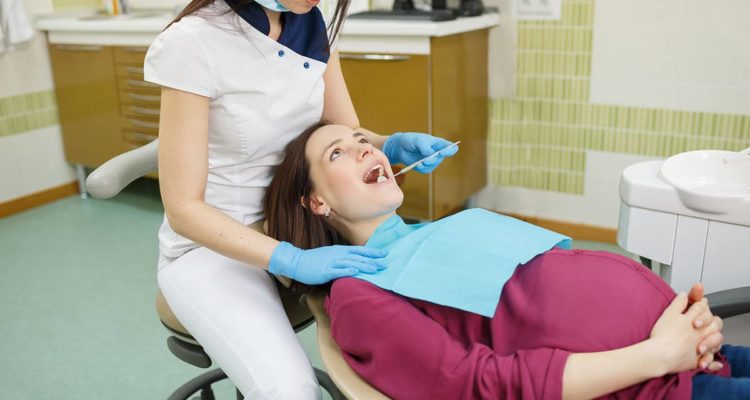 There is some confusion around the women sector that if it is safe to have a tooth extraction during pregnancy or not. Well, the answer is obviously yes. In fact, if the tooth is having some serious problems during the pregnancy then it would be necessary to make the tooth extraction as soon as possible because it is better for both wife and a baby. However, some precautionary measures, during tooth extraction, can be taken to avoid any mishap. So just cooperate with the dentist and have a healthy and safe tooth extraction if it is necessary.

Medical research shows that when a lady gets pregnant, after some days there are some changes happen in the hormones affecting the teeth. In some cases, teeth begin to face some minor problems like swelling, bleeding and inflammation of gums that can be avoided by taking extra care of teeth in pregnancy. On average, if a woman is brushing her teeth twice a day on regular basis, during pregnancy, she would have to be extra careful about teeth because teeth are the most vulnerable parts of the body which are affected by pregnancy hormonal changes. Moreover, there should be a regular session with a family dentist who should be familiar with all the changing process. Otherwise the American pregnancy association and the journal of the American dental association (JADA) of the dental awareness suggest that it is completely safe to have tooth extraction during pregnancy.

Many expert doctors and physicians suggest it safe to have a tooth extraction if you are strictly following the safe guidelines from your dentist but still there are some low level risks that need to be focused for a safe extraction of tooth.

There are some medicines involve anesthesia during tooth extraction that can be dangerous to fetus but there is nothing much to worry about. The doctors make those drugs to very low level for the pregnant women so they may not affect any negative changes to normal pregnancy.

Sometimes there is a need of having dental X-Ray checkup during pregnancy. X-Rays are somewhat dangerous for a newly expected baby. Therefore, there has to be some high professional coverage of the whole body during X-Ray checkup. So, the fetus and other critical parts are not affected.

The second trimester is considered as the best time to have tooth extraction because most of the organs of the baby are successfully built in the first trimester and it is the right time to have an extraction because later the mother would not be able to be carried out the procedure quite well because of her limiting positioning capability. Although, in the second trimester the newly expected mother can co operate a little comparing with the first trimester but it can be done via some extra caring techniques like elevating the hip and positioning an expected mother towards her left to alleviate pressure to avoid any syncope.

Wisdom tooth extraction in pregnancy remains a hot topic to discuss around pregnant women. Many women find it very difficult to make a decision whether wisdom tooth should be extracted or not during pregnancy. We all know that wisdom tooth can cause a severe pain to any kind of human, same goes for the pregnant women. However, they find it hard to handle it due to extra hormonal changes in their mouth. Further, they avoid any kind of medications involving little drugs because of their expecting child. Many experts and senior doctors recommend the wisdom tooth extraction if it is causing severe pain to the mother. If a mother is having a severe problem, it automatically goes with the child. However, they suggest you to have brief discussion with your trusted dentist to make it happen with full safety. The best time to do the wisdom tooth extraction is the second trimester because the first trimester deals with the building of major organs of the baby. So the intense treatment is avoided. However, oral irrigation, with the help of expert surgeon, is also an option to relieve some pain. In the third trimester, it is hard to make because of the some specific treatment postures that cannot be easily made by a pregnant woman. So, second trimester is found to be the most accurate time to have the wisdom tooth extraction. If there is any special case that urges to have an extraction in the first or third trimester then the professional obstetrician should be consulted.

All the above studies clearly state that tooth extraction for pregnant is completely safe but the right treatment method and the perfect timing is crucial. So, always consult your family doctor, dentist and obstetrician before any decision. Be a more vigilant regarding tooth care in the pregnancy.